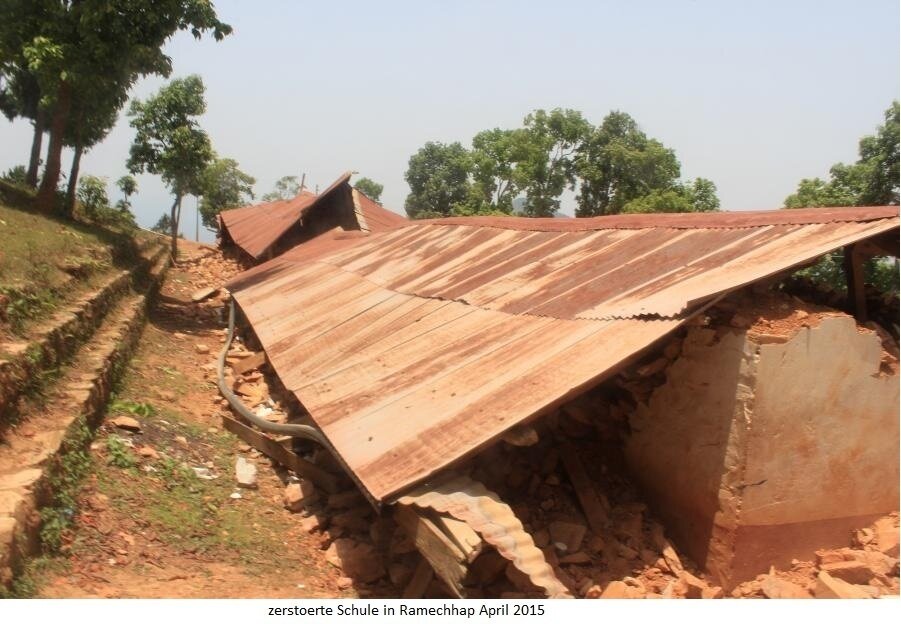 An earthquake and its consequences

April 25, 2015: Time stands still at the other end of the world. Nepal, the small country between India and Tibet, is hit by one of the most severe disasters. An earthquake measuring 7.8 on the Richter scale shakes the country. On May 12, 2015, the second-largest earthquake with a magnitude of 7.2 for 25 seconds shakes the region of Namche Bazaar, 83 km east of Kathmandu. Half an hour later, an aftershock of magnitude 6.3 occurs. The center is in the Ramechhap district, also east of Kathmandu. Many parts of Nepal are destroyed, nearly 8,800 people die, about 22,300 people are injured, 600,000 houses in the Himalayan state are completely destroyed, far more than 300,000 houses are damaged.

Above all, the mountainous regions that are difficult to access, with their remote villages, are severely destroyed. A total of 8 million people are affected. International aid does not arrive there. The Nepalese government is completely overwhelmed by the situation. Self-initiative is the order of the day, and it was through self-initiative that our association was founded.

Nepal is a landlocked country in South Asia and covers an area of 147,181 square kilometers. The state borders the People's Republic of China to the north and India to the east, south and west. In the high mountain regions of the north, it borders Tibet.

In the north and in the east lies a large part of the Himalayan mountains, including Mount Everest, whose summit of 8848 meters is the highest point on earth. Seven of the other ten highest mountains on earth are also in Nepal. The lowest point, on the other hand, is 70 meters at Kencha Kalan in southern Nepal. This makes Nepal the highest country in the world on average after Tibet; over 40% of the country's surface area is above 3000 meters.

The district of Ramechhap

The municipality of Ramechhap currently includes the following 9 villages: 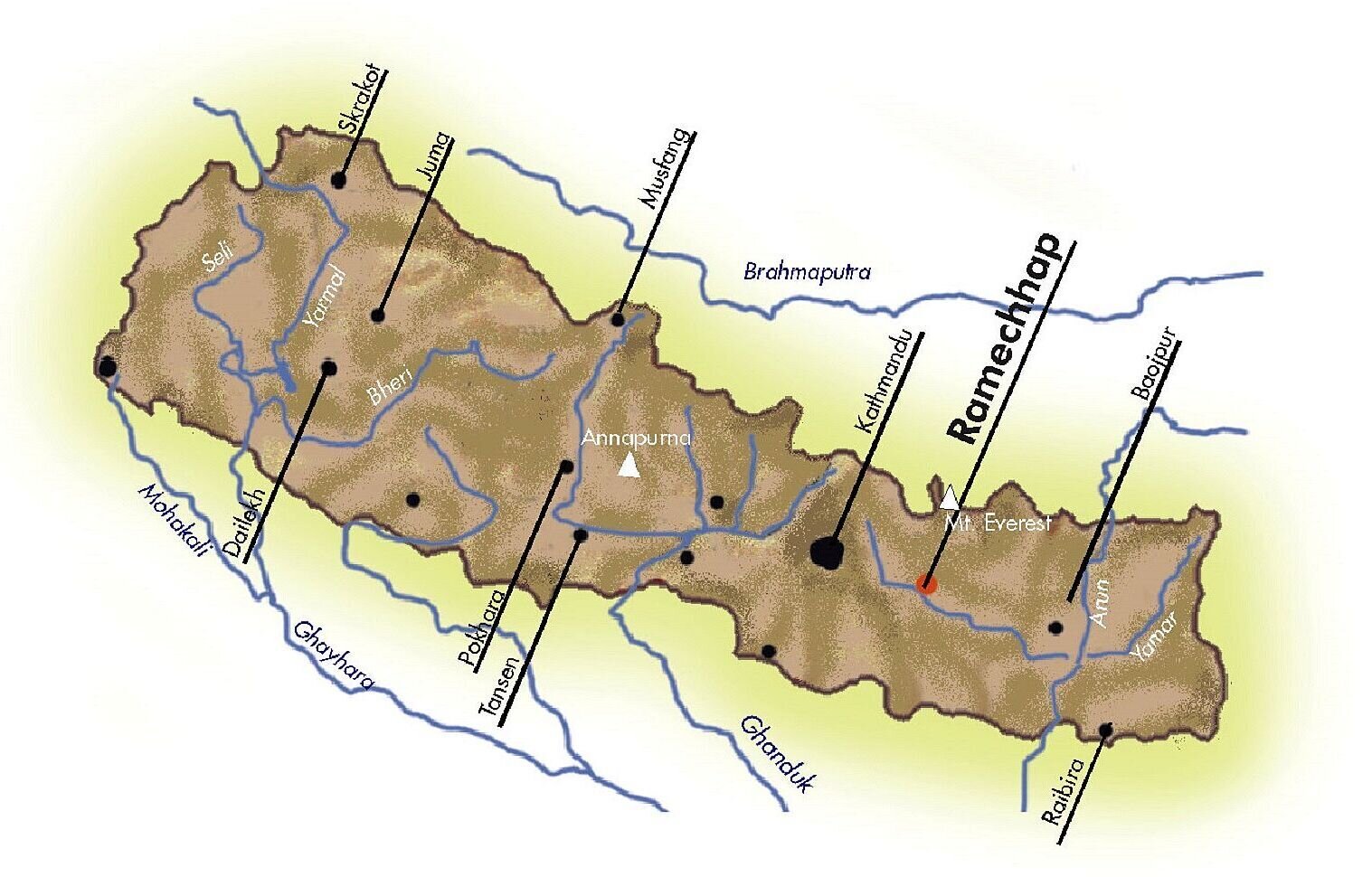